Several buildings of the Robert Stephenson works are extant between Forth Banks & South Street, just south of Newcastle Central station.   There are occasional tours of parts of the site.   Kyle Allsopp took the following photographs during a tour last Saturday, 26 October 2013.


All photos above courtesy of Kyle Allsopp 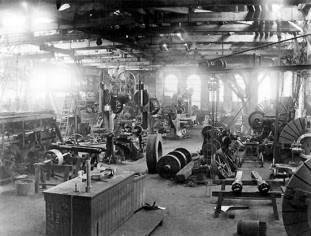 The next one hour tour of the works will be at 12 noon on Saturday 7 December 2013 at the Sussex Street entrance by Ian Ayris, Urban Design & Conservation Team at Newcastle City Council.
Posted by Derek at 7:00 am

Email ThisBlogThis!Share to TwitterShare to FacebookShare to Pinterest
Labels: History