Crane tank locos built by Hawthorn Leslie & RSH which were used at Doxford's shipyard at Pallion have recently featured on Tanfield Railway Facebook.

The Wear was navigable on the tide for several miles inland a few hundred years ago.   At Cox Green there were coal staiths, & in 1840 William Doxford set up a business building wooden ships.   As it grew, he moved the business in 1857 downriver to Pallion.   Here Doxfords was very successful as a major element of the world renowned Wear shipbuilding industry until the 1960s, when changes in shipping & foreign competition hit hard.    Shipbuilding on the Wear was politically eradicated in 1988.   Read Doxford's timeline on Grace's Guide.

From 1863 to 1961 William Doxford & Sons produced 863 vessels, which are listed & detailed on sunderlandships.com   There are several other online histories of Doxfords shipbuilders.


Doxford engines became a separate component of the business, the Doxford opposed piston marine diesel engine in its various sizes and forms being a stalwart of the business & shipping in general until the 1960s. 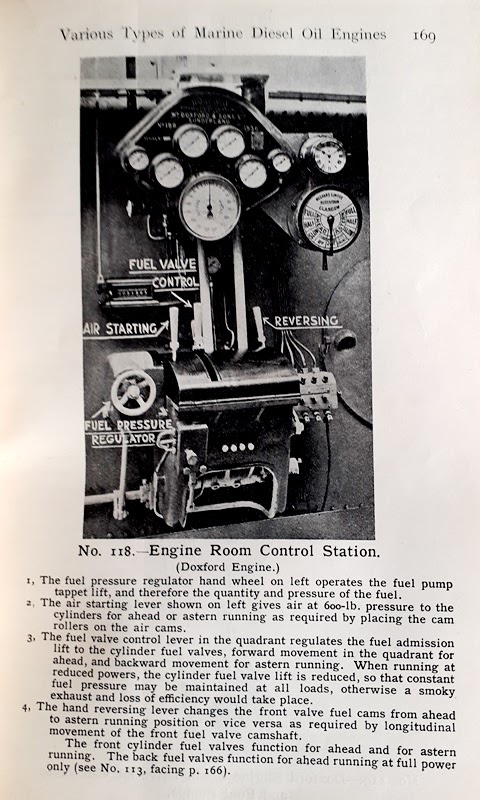 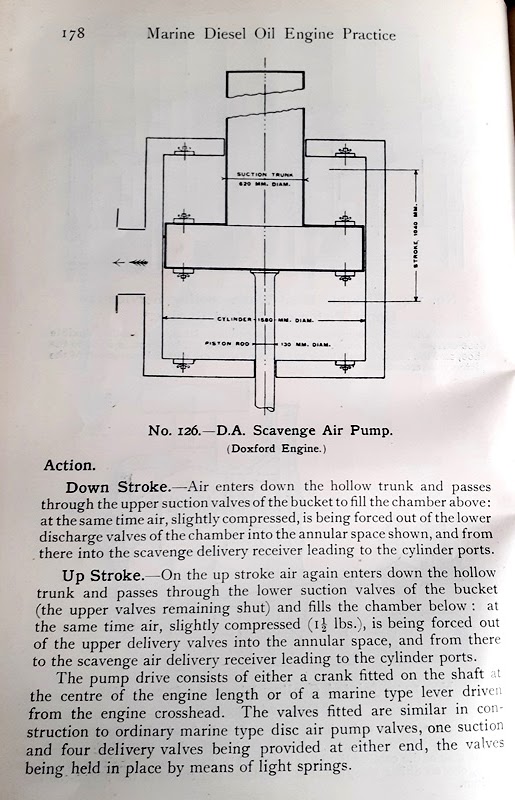 The above pages about Doxford engines from a training manual used by Nigel Wheeler, a Tanfield volunteer.   He writes "I remember working on the single cyl Doxford engine in the BP shop at South Shields Marine & Technical College in 1982.   Unlike ships at sea, to cool the water jacket an outside aquamiser was used.   Warm water was pumped outside the building into the unit and the water cooled by fresh air as it ran off all the slanted boards into a sump and then pumped back to the engine.   I never worked on Doxfords when I was at sea but believe they were used in the SD14 ships built by Austin and Pickersgill.   I think some of the last ships with 6cyl Doxford engines were for Bank Line during the mid to late 1970s.   Bank Line was started by Andrew Weir.   These were general cargo ships that came as container ships were taking off.   I don't think, like many old British shipping companies, they exist any more, but Andrew Weir does trade as AW ship management."

Bogies like this appear in photographs in the Doxford crane tanks feature on Tanfield Railway's Facebook page.

Email ThisBlogThis!Share to TwitterShare to FacebookShare to Pinterest
Labels: Engineering, History, Other, People