The brochure below was sent by Neil Morgan: 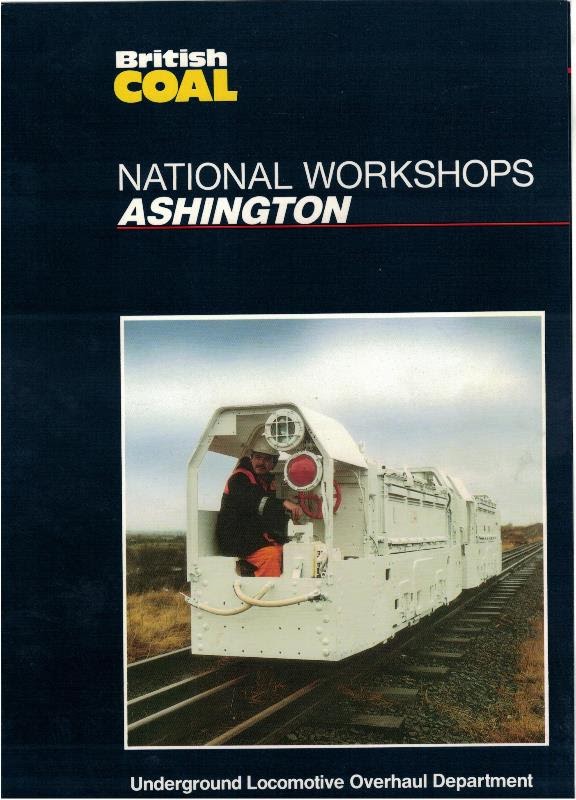 Ashington Colliery closed in 1988, but the associated workshops kept going with work from the remaining collieries such as Ellington.   The brochure advertises the high quality overhauls on underground locos available for collieries around the country.   Ashington attempted to keep work which BC was putting into the hands of other workshops which had become private companies through subsidy from British Coal Enterprise. 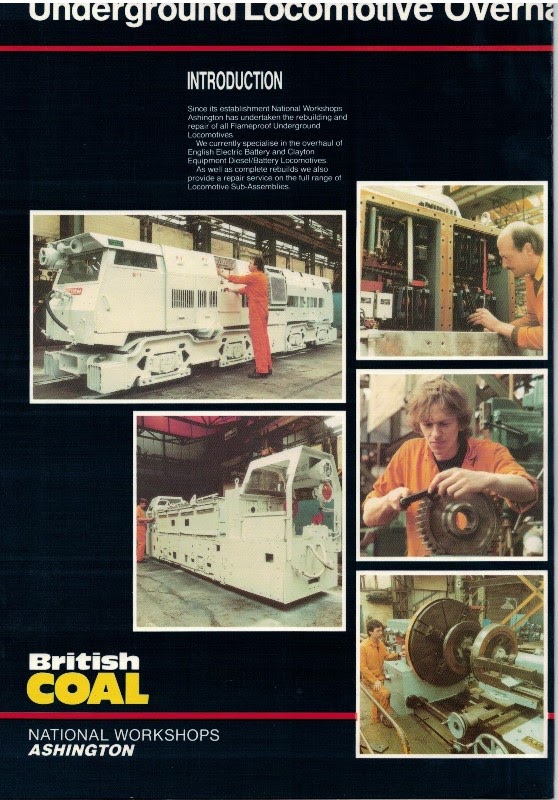 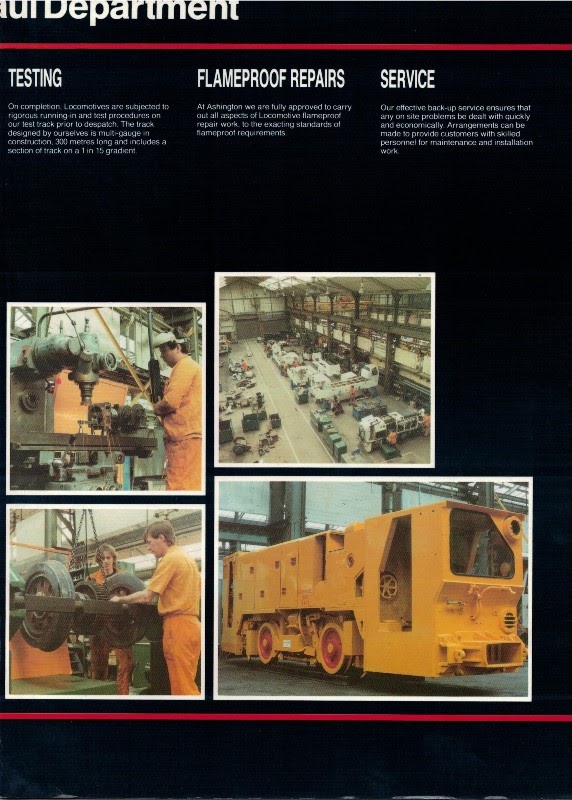 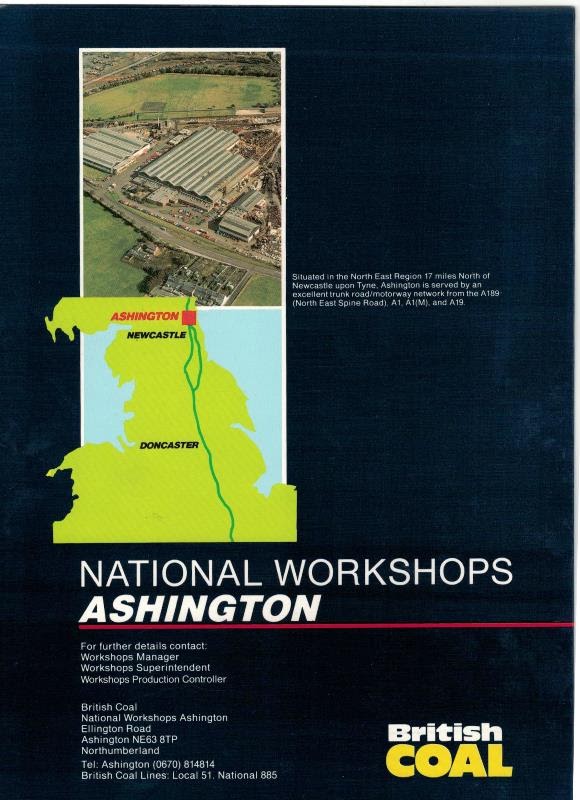 The brochure above was sent by Neil Morgan

As deep mines were closed and reduced to a handful in the mid 1990s, demand for loco & machinery overhauls evaporated.   Among the final few, Ashington was the last profitable BC workshop in the country, but even this could not keep going in the face of rapid withdrawal of its core business.   In January 1993 a parliamentary Early Day Motion attempted to keep work flowing & skilled men in employment.    Another Early Day Motion of May 1993 points to BC deliberately avoiding sending jobs to its workshops.   Ashington Workshops closed in summer 1993.