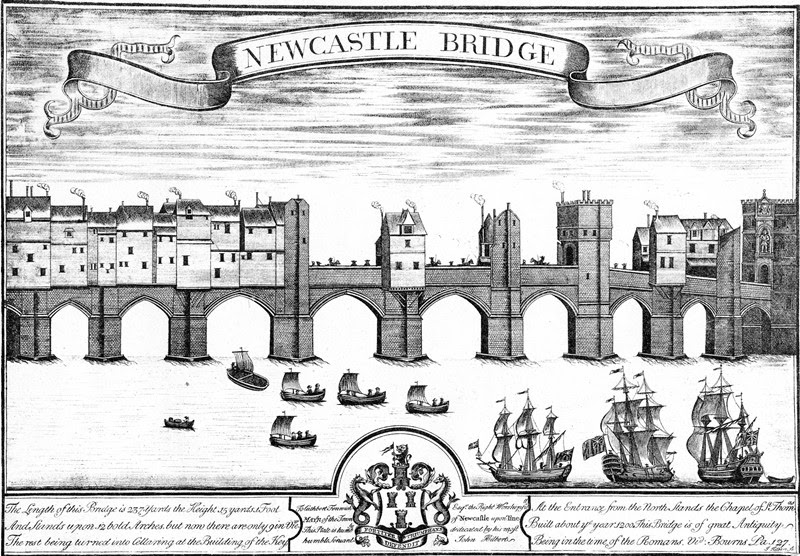 There have always been ferry crossings on the lower reaches of the Tyne, but with their need to move supplies & forces north across the river while integrating with port facilities, the Romans built Pons Aelius (the Aelian bridge).   The site of this bridge has been reused over the millennia, but the one which lasted the longest was the medieval stone bridge completed in 1250.   It wasn't the best built bridge, nor the best maintained, but it carried local trade & international commerce & travel for over 500 years.   Its Georgian successor lasted less than a century.

The normal daily route over the Tyne, as well as England - Scotland trade tumbled.   There was little money for everyday repairs, and less for rebuilding.   Replacement ferries were helpful, but too slow & cumbersome.   The bridge was 2/3 owned by Newcastle, but 1/3 by the Bishop of Durham.   There were plans for building a higher level bridge, which would improve trade on the river & for Newcastle, but business owners on Gateshead's single main street leading down to the bridge petitioned their Bishop, who insisted that his parishioners' trade must be maintained.   A different route would not be assisted by the church or state & add large & ongoing compensation, so that's why even today we have steep descents to quayside bridges.

See bridges on the Tyne for more.
Posted by Derek at 11:17 pm

Early days of Tanfield Branch restoration info/pictures are fascinating - as are images of industrial local history. I'd forgotten about the Beamish crane: and think Beamish Museum may have, too!